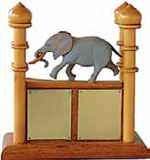 Each year the recipient is chosen personally by the Commodore. The trophy, which was handcrafted and donated by Jim Spencer, will express appreciation to a member of the Saltspring Island Sailing Club who has made the most valuable contribution, particularly directed toward the objectives of the current Commodore.

This award will be made at the discretion of the Past Commodores acting as a Committee and may be awarded annually to a Club member who has consistently made numerous significant contributions to the overall activity programs of the Club over a period of years.

The award will be presented as a citation stating the nature of the contributions (e.g., initiating new projects, planning and completing particular projects, participation in group efforts toward Club improvement, notably effective discharge of Officer or Committee responsibilities, etc.) and the period of time for which the recognition is made. 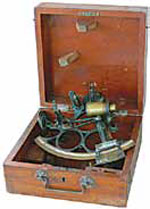 Whenever the Executive Committee deems it appropriate, this award may be presented to a member who, under unfavourable circumstances or in personal adversity, has clearly demonstrated the best traditions of seamanship in a manner reflecting credit on both self and the Saltspring Island Sailing Club. The trophy—an antique sextant in its original wooden case—was donated by Harold Brochmann.

Honorary Life Members shall be persons to whom the facilities and privileges of the Club are extended for life in appreciation of important services rendered to the Club. 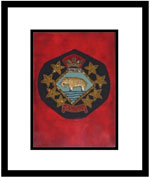 This is a new Club award in 2011 to recognize the most enthusiastic contribution by a new member. The award was conceived by Nick and Vicki Hodson, who contributed a fine “trophy” of HMS Ganges regalia. Candidates are new members who joined the Club between 12 and 24 months prior to the award in November of each year. The Club Secretary, administers the selection process for the New Member Award.